Taking Care of Your Children’s Health Through Nature

Cornishman and lover of adventures in the great wilderness, Mike has been writing on his website Wild Tide for three years. Jack of all outdoor pursuits (and master of none), he writes about everything he loves including: kayaking, camping, fishing, snorkelling, climbing, mountain scrambling, surfing, SUP, outdoor cooking, hiking, cycling, coastal living and his VW van. As a total gear junkie and technical clothing lover, Mike is excited and proud to write for Outdoor Look as well as Wild Tide.

This is an essay by Dr Nooshin Razani where she talks about her research on nature’s impact on a child’s health and development. The research especially focuses on low-income sections.

When Dr Razani became a mother, she decided to dedicate her career to children’s health and in that process realized how important one’s well-being is. This propelled her to ensure that all parents and children have access to it.

She has an Iranian-American background and was raised in Los Angeles, both places which are filled with natural beauty. She has loving memories with friends and family in the arms of nature in these two places which have helped her over the years to get past her life’s traumas. 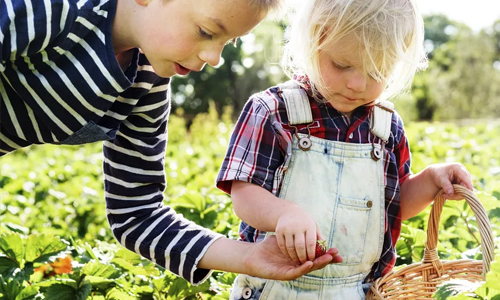 Dr Razani works at the USCF Benioff Children’s Hospital Oakland. There, as a part of professional clinical treatment since 2012, she has prescribed nature for a child’s development and health. This treatment has collaborated with East Regional Parks District and is supported by the East Bay Regional Parks District Foundation, National Recreation Parks Administration, and the REI Foundation. With their generous help, Dr Razani’s hospital enrols families in a monthly nature shuttle and connects to doctors, naturalists, and patients who have accompanied each other on more than 30 outings from the clinic into nature.

They have made treasurable memories of singing together, hiking, fishing, putting up campfires, etc., everything contributing to the better health of people. The team has been able to formulate some of the first-ever validated protocols for health systems and physicians to inculcate in their practice. Moreover, they were able to finish with their first random trial of a park prescription programme. That counts for immense progress. While conducting this programme, Dr Razani and her team were able to not only gather data but also get insights into people’s stories- the gloominess of modern living, inequality, traumatized individuals facing poverty and other such problems, and a desperate desire for true healing.

The Inclusive nature of nature

Dr Razani’s hospital houses a diversified group of patients. There are more than 58 languages spoken amongst the hospital population, there are populations with special needs, most of them facing problems of poverty, etc. Since Dr Razani belongs to two cultures, it pained her to witness misunderstandings between people from different backgrounds. But her belief that nature is inclusive of all people irrespective of their differences, kept her going. She says that its nature has kept her grounded and given her the strength to endure everything that life offered. She wishes the same for others.

There was a four-year-old girl with whom she came in contact. She had immigrated to Oakland to escape the war. Although nature would not able to fix the things that the child has faced and will face in the future, however, she wanted her family to know that nature will welcome her into its womb and give her access to its public lands and resources. 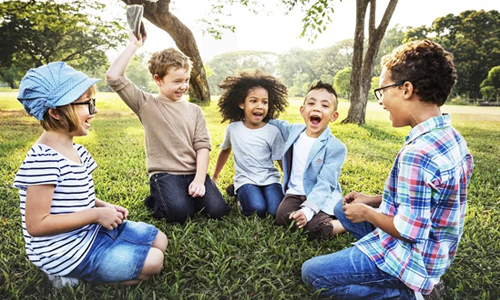 Support and Community are what Nature is about

While conducting the clinical nature outings, it was observed that parents irrespective of which background they belonged to formed friendships with their children while playing. This activity relieved both the child and parents’ stresses and made them feel relaxed. Moreover, these friendships built with their children in the natural environment will help them sustain a great level of commitment to good health.

Being outdoors in the middle of nature built a life for people with values of supportiveness and community. This has proved to be true for both Dr Nooshin Razani and her patients which is why she keeps encouraging them to be outdoors. Thus, nature is capable of healing your traumas by allowing you to be together outside.

Cornishman and lover of adventures in the great wilderness, Mike has been writing on his website Wild Tide for three years. Jack of all outdoor pursuits (and master of none), he writes about everything he loves including: kayaking, camping, fishing, snorkelling, climbing, mountain scrambling, surfing, SUP, outdoor cooking, hiking, cycling, coastal living and his VW van. As a total gear junkie and technical clothing lover, Mike is excited and proud to write for Outdoor Look as well as Wild Tide.