Hill Running in Scotland: A Trend That Has No Stopping 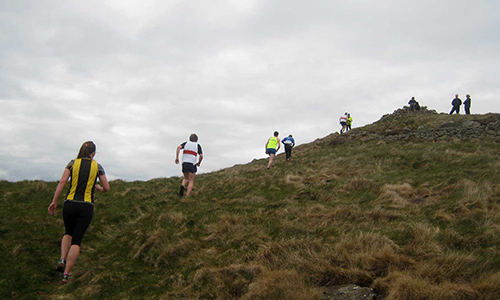 Hill Running was never introduced as a sport, but a competition to find the fastest messenger, under the orders of King Malcolm III on Creag Choinnich in the year 1064. Over the years, and decades, the activity transformed into a sport, and today it is a low-key and non-commercialised one. In Scotland, many local running clubs organise hill races at nominal entry fees.

One of the clubs, Scottish Hill Runners, supports the sport in Scotland and oversees a calendar of different hill races. Some popular hill racing events in Scotland are the 27-mile Lairig Ghru race from Braemar to Aviemore and the Bishop Downhill race from the summit of White Craigs above Kinnesswood in Fife. Iain Gilmore holds the record for the latter, having completed the course in just 4 minutes and 18 seconds.

What Makes It Interesting?

Hill running is often considered as a crazy sport as it deviates from the traditional flat running style, which makes it even harder. However, enthusiasts are not limited to this thought process. People choose hill running to escape the hustle-bustle of modern life. Hill running is a challenge that demands self-sufficiency and navigation, which is another factor of interest. Some hill runners tend to find pleasure in the extraordinary landscapes, which leads them to pursue this sport.

Hill running is not limited to a specific age group. It all depends on one's stamina and will to pursue the challenge, be it a 15-year-old or a 55-year-old. The best example of the latter is Bill Gauld who won the Seven Hills of Edinburgh Race at 59 years of age and – now in his eighties, continues to run till date.

Eminent Personalities in this Sport 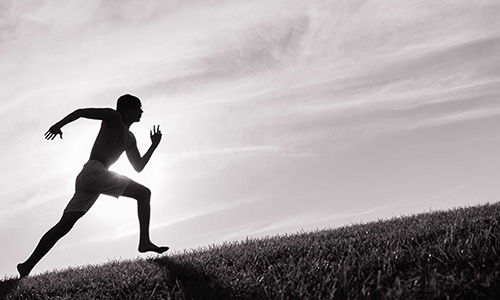 There are a lot of big names associated with hill racing/running. Scottish runner Finlay Wild has consecutively won the Ben Nevis Race for the last eight years – his fastest time being 1 hour and 28 minutes that was set in 2016. Another renowned hill running event in Scotland is Ramsay’s Round that was devised by Charlie Ramsay. Glyn Jones was the first to finish Ramsay’s Round in winter 2002. Jasmin Paris holds the record for Ramsay’s Round by clocking 16 hours and 22 minutes in the year 2016.

Hill running may sound fascinating, but it requires a lot effort and homework before you decide to step in the event. The sport, thus, needs certain precautions and techniques that reduce your exhaustion tendency and help you use your stamina wisely.

Uphill running requires overcoming the gravity, so your leg muscles must be strong enough to carry you up the slope. The slanted ground also changes your foot-strike, increasing pressure on your calves and ankles. Runners should, therefore, not lean forward at the waist. Too much of leaning forward creates a negative impact on your uphill running ability as it makes use of your hip flexors hard and incorrect. It also inhibits your ability to produce a powerful toe-off during your gait.