Hiking through Peak District on the Shortest Night

We reached the parking lot as enthusiastic hikers, adventure seekers and couples were heading back after a nice stroll or hike around the Peak district hills. This is a very usual sighting during the evenings, that is, people leaving for their homes after a fun day. However, I decided to do something different on the solstice night – a tradition in the making, I suppose.

There is a strange beauty in the darkness of the night. By this, I don’t mean the clear skies and full moons, but the stillness and solitude it brings to the surrounding. It is not to enjoy such nights every day, but once in a while does not harm. Hence, I chose the summer solstice to be one of those nights.

On the last solstice, I visited the Snowdon summit. But rather than having a pleasant experience, it was filled with hundreds of torches and a lot of noises due to a charity hike being held during the night. Hence this year, I chose to visit ‘The Roaches’ in Peak District. It is a gritstone escarpment that is a touristy spot during the daytime but not so much at night. 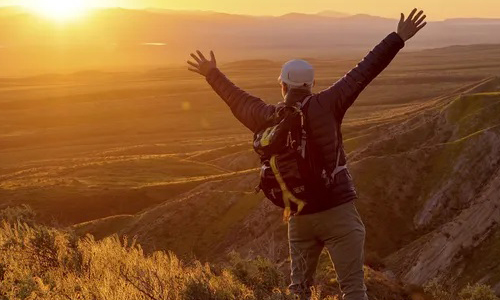 We quickly walked up to a small hill called Hen Cloud where we planned to wait till the sun set completely. Gray clouds covered the sky and the chances of viewing a beautiful sunset slid away. Soon after the night ascended on us, we started our journey. Visibility was a big challenge and the urge to light the torches in my pocket tempted me with every step I took. But that would have ruined the main purpose of doing the walk at night. So we kept striding forward using our senses actively.

The Roaches usually are not occupied by creatures, but one can never be too sure. There is a water body near the Roaches, namely Doxey Pool. Myth has it that a mermaid resides in the pool but we did not spot anything. Upon reaching the summit, we kept lingering around the trig point to kill some time.

As soon as midnight struck, we began walking across the moorland, towards the Luds Church. Situated in a small woodland area near the Roaches, Luds Church is not a church but a deep chasm, about 100 m long and 20 m deep. It used to be a secret place of worship in the early 15th century. 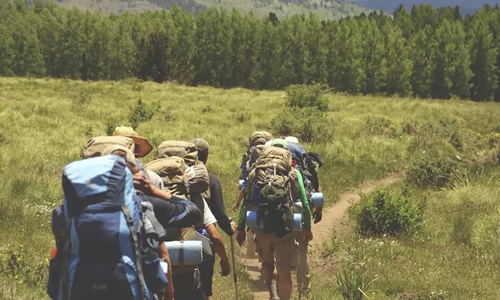 I thoroughly enjoyed my walk from the moorland to the woodland. There is just so much space and openness. It feels refreshing to be in nature’s lap, away from the cramped alleys of the city.

But soon, I realized that I had lost my way. I was forced to light my torch. Thankfully, Luds Church was signposted which ensured that I did not go astray. At a certain point during the journey, I was apprehensive of bumping into a serial killer or some satanic cult, but that did not happen thankfully. We kept string forward into the canyon, feeling a sense of accomplishment for doing something out of the box.

Upon walking to the car, I was happy for making this hike happen. It was almost dawn, and in a few hours, the sun would shine bright waking up everybody else. I wish to continue this tradition every couple of years and encourage myself to conquer new challenges.