Famous Long-Distance Walks in the UK

If you love hiking and walking, you would want to know about the following list of long-distance walks in the UK which I have been to. There are around 140, 000 miles of walking paths and trails in the UK. They cover the whole of Britain’s countryside through various trade routes, natural and man-made borders, as well as some of the most beautiful National Parks.

These trails have both short and long segments which can be enjoyed thoroughly and completed according to the traveller’s own time. These paths and trails have their own unique charm and characteristics. If you are interested in knowing about some of them, read on: 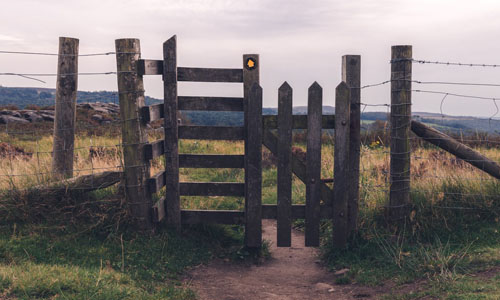 One of the mesmerising places to be, the West Highland Way runs through the north of Glasgow, up till Fort William in the Scottish. Due to its official long-distance trail in Scotland, this place hosts a lot of people including various hikers and walkers, throughout all seasons.

Made of sweeping moors and lined up valleys along the path, this place is heaven on Earth. It has an easy path which can be followed through the white thistles which are present on all the way-markers and signposts.

Many hikers use this path to make use of the freeway where you can easily roam around as well as enjoy the moors alongside the path. You can also camp at any place due to the use of ‘freedom to roam’ rule in Scotland. Many hikers finish their adventure when they reach the famous Glenfinnan Viaduct, which features the famous Harry Potter film’s Hogwarts Express Bridge.

One of England’s oldest trails, the Pennine Way begins at Edale, which is the heart of the Peak district. It then passes through a large number of landscapes including the Rolling Hills and the infamous Hadrian's Wall. With weather that changes rapidly, the trail can be easy or difficult to travel. It is named as the ‘backbone of England’ due to the ridge-like position along the country's top.

Apart from England’s Coast Path, the South West Coat Path is the longest walking trail in Britain. It features some of the best coastline areas which run through Devon, Somerset and Cornwall. The trail starts at Minehead in Somerset to Pole in Dorset, through Land’s End till Cornish Coast. The Land’s end is one of the most southern parts in England.

You might get tired counting the number of coastline and rugged areas along the way. The sun-bakes trail with clear water is a view one wouldn’t want to miss. One of the most tropical vibe trails, it transcends the type of climate you usually see in the UK. For beginners, this trail may take a long time to complete. There are different paths which can be used to complete the trail. Sometimes it takes people longer to complete it. There are various remote sections which are known to be some of the toughest ones to hike through. 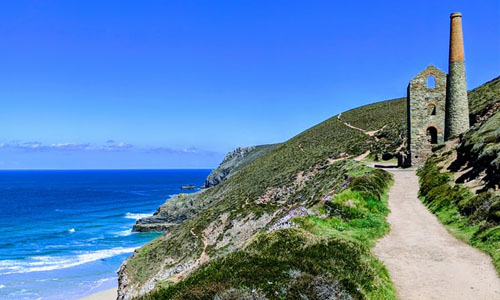 Planning to go on a Hiking Trail?

If you love hiking or walking, make sure to hike through the trails listed above. Some of the most beautiful hiking trails and paths, they are sure to make you go awestruck over the beautiful landscapes, mountains as well as coastlines.