Delayed Ageing Effects: One of the Many Benefits of Cycling 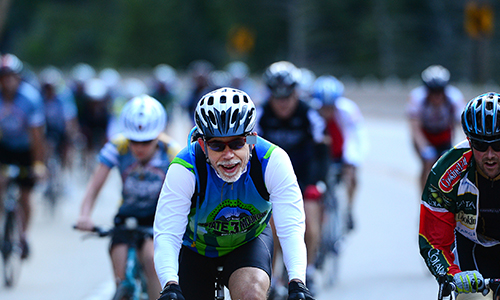 Researchers claim that cycling regularly through the middle age and beyond delays the effects of ageing on the body. Supplemented with aerobic exercises and jogging, cycling boosts the body’s immunity and gradually lowers the rate at which the body’s muscle strength declines. Not just that it increases balance and coordination in golden years, but keeps the body fit to face ageing related problems and challenges body usually faces.

Scientists compared two sets of people to prove their point. One set had amateur riders falling in the age group of 55-80 years while the other had healthy adults from a wider age group who were not in regular exercising. The findings of the study surprisingly revealed that cyclists possessed greater muscle mass and strength with stable body fat and cholesterol when compared to the inactive group.

The anti-ageing effects of cycling has its benefits extended up to the immunity levels. Taking regular exercise combined with aerobics and cycling can reverse the biological clock by as many as 12 years, studies claim. All kinds of reports show and prove that staying active in the later ages is important for health and cycling is one of them.

There are more than a few ways cycling benefits the elderly. Let’s have a look at them:

The primary reason cycling is good for health is that is the only form of exercise that is low impact. Cycling doesn’t stress anyone as movements are smooth and regular while cycling. It doesn’t stress the joints, causing discomfort or pain. Cycling doesn’t require you to be very strong to enjoy it. Trikes are the best option to start on with cycling as it gradually develops strength and pace without worrying about the balance.

Regular cycling has been proven to be one of the best exercises for a good cardiovascular health. Various studies over the period of time have proved in their findings that cycling for four miles a day, several days a week keeps the heart in a good condition. Constant pedaling exerts pressure on the heart, making it beat faster than usual while increasing the stamina to cope with the rapid heartbeats.

Older cyclists have been found to have better balance while walking or cycling when compared to those who don’t cycle. Having a good balance in older ages is extremely important as due to reduced muscle strength, the elderly are more prone to tripping and falling. 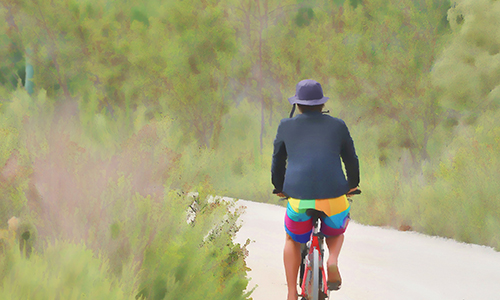 Cycling improves overall mental health as it increases the blood pumping and the overall oxygen flow to the heart and brain making it work faster and more alert. Increased blood flow makes nutrients reach the brain more effectively while carrying away the toxins and waste products from the body. Cycling is also a mentally challenging task as your mind is constantly engaged in finding the ways even while in GPS. It keeps taking in the surroundings you are in while analyzing and re-analyzing the situations.

Cycling is at times considered better than driving as it is slow and allows you time to cope with the journey. Cycling renders greater independence as it has been discovered that those who haven’t been comfortable driving a car are much better off on a cycle. Easily one of the biggest advantages of cycling is that it helps you to keep and cherish your independence, making you better prepared for your later ages.