Can You Afford Not To Wear A Back Protector While Snowboarding? 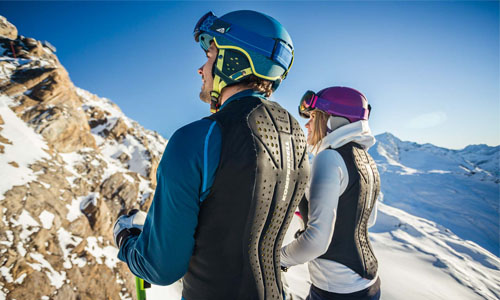 There has always been a heated debate around whether a helmet should be worn while riding a bike, but there’s a question I’d like to ask: Is it equally important to wear a back protector while snowboarding?

Statistically speaking, the most common injuries snowboarders suffer are to the wrists and hands. This is perhaps because when snowboarders fall, they tend to fall with their hands extended outward in a bid to protect themselves against the impact. It is quite natural. The head, the neck, and the knees are also prone to injuries while snowboarding. So, when it comes to the list of injuries one is prone to while snowboarding, back injuries might not be that frequent. But, the fact that back injuries can be way more fatal than other injuries forces us to be a little bit more cautious and wear a good old back protector while snowboarding.

In snowboarding, as is the case with all high octane sports, an entire myriad of back injuries can be prevented by flexing your muscles and exercising regularly before one hits the slopes. But, certain injuries such as running into the railings at a snow park can only be prevented by using protective gear such as armour.

When trying out kickers initially, the most common injury occurs while landing sideways with all the impact concentrated all up in your lower back. These types of injuries may not be fatal, but can be extremely painful. Protection shorts, coupled with a back protector can help us prevent these sort of injuries. 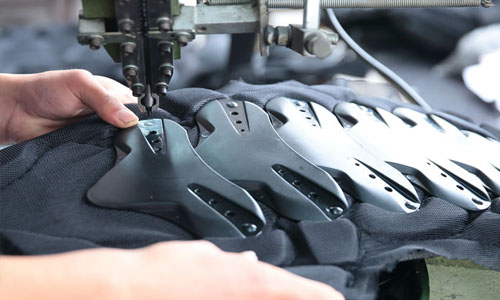 I’ve had this privilege of meeting quite a few experienced snowboarders who have been associated with the sport for over a decade now. During one of my recent visits to the hills, they told me about a disaster that struck one of their most experienced colleagues. The poor guy met with a serious accident during a leisurely run and consequently ended up breaking his back. The pain and the injury were severe, but the consequences could have been far worse in the absence of a back protector. He's now back, making his way through slopes at near lightspeed.

There are back protectors which are made using a hard plastic usually in the form of overlapping plates. Others are made using varied forms of impact foam and are lightweight, but the ideal ones are generally made using a combination of both. Another potential option can be wearing an impact top or a vest that acts like a protective cushion to help you escape injuries and fatalities.

To conclude the argument, I’d ask yet another question: Can you afford not to wear a back protector when you know that not wearing it may cause life-threatening injuries? The question might not be as easy to answer as it might sound.