The beautiful land of the Scottish people has many inland lochs that deliver an exquisite and bewitching destination for trail running.  Irrespective of the season, weather, or the time of the day, you can have a trail run and enjoy the picturesque scene. This article gives you three destinations or locations where you can have your loch trail run. 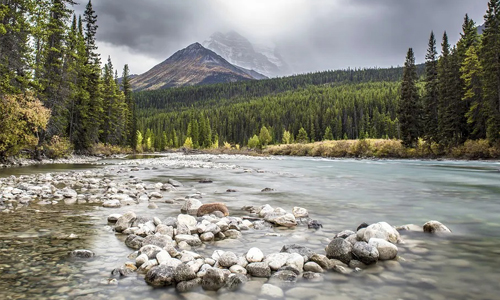 Route: Follow a minor road from B970, southeast of Aviemore.

Situated in the forest of Rothiemurchus, Loch an Eilein falls in one of around 30 remnants of the ancient Caledonian Forest. The terrain of this area is mostly plain with a few steep short climbs here and there. It also includes certain forest trails and paths, giving you the much-required adventure trail run. The route of this trail running activity is a part of a 50km signalled path om Rothiemurchus.

The forest is lively throughout the year with a variety of wildlife which you can witness for yourself while jogging through the forest without making loud noises. Among the wildlife that is present are spot red squirrels, roe deer, Scottish crossbill, and deer.

As you go for your run, you can even see an island in the middle of Loch an Eilein hosting a ruined castle.

Famous for its winter wildfowl and geese that arrive at numbers reaching 20,000 each season, Loch Leven is a beautiful destination. The trail run route around the loch traverses you through landscapes that include mixed woodland, marshland, and some past rolling farmland.

The terrain is mostly flat and has some trails and paths along with it. the loop around the loch is indicated as the Loch Leven Heritage Trail and has ascents of less than 200m. There is a Lomond Hills known as Paps of Fife towards the north-eastern side, giving you access to more heavenly locations. Route: Get down at Corrour Railway Station on the West Highland Line.

Accessible only by train, foot, and bike, Corrour falls between Rannoch and Tulloch stations on the Glasgow to Fort Willian West Highland Line. The station is famously known through the UK 1990s movie- Trainspotting. The nearest road to this place is 15miles away.

Corrour apart from its movie fame is an excellent spot for mountain lovers and runners. The place is located in a very remote location and despite that houses a station restaurant from March to October, cottages, lodges, and hostels, one of them being the Loch Ossian Youth Hostel.

The natural beauty of the loch makes it perfect for trail running. Apart from that, the simply defined route which can start from the station or the hostel is an advantage for runners. The well-defined track takes a detour at the Corrour Estate Lodge and cottages and the far end of the loch. The estate is owned by Lisbet Rausig, the heiress of TetraPak, and displays an architecture made from granite and glass.

As for the terrain, the northern shore has a more undulating terrain than the southern should but you are bound to enjoy the experience anyway. Around the loch, you will find mostly clear views of the mountains with some sections passing through the woods.

The place has come up with a challenge too. The former warden of the hostel Late. Tom Rigg started keeping records of runners who completed the run around the lock within an hour.